How the Pink Sundial Bridge Began

As Abra Marketing hits our 20th anniversary, I’m excited to also today celebrate the 10th anniversary of the pink lighting of the Sundial Bridge.

Campaigning to light the Pink Sundial Bridge in Redding is certainly one of the coolest things Abra has done as a marketing agency. 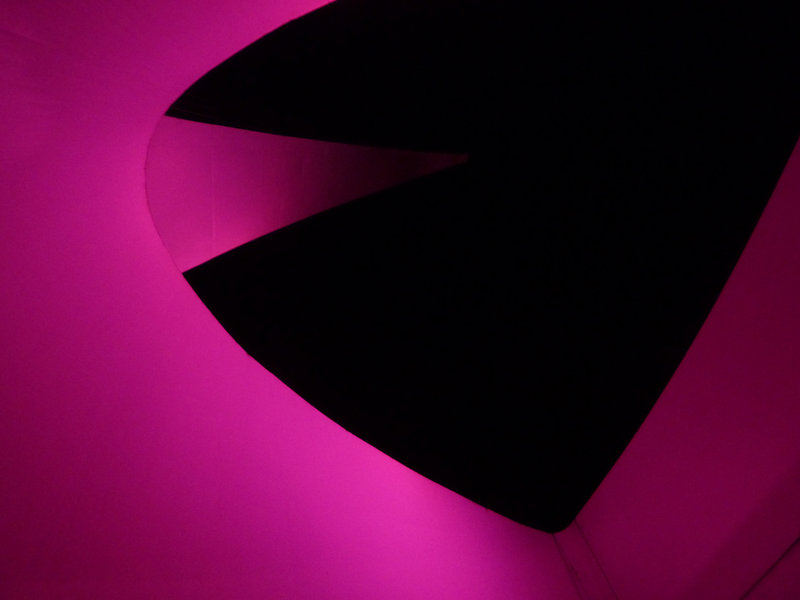 Part of Abra’s vision to bring additional awareness to Nor-Cal Think Pink was to have a photo contest where people could upload their photos to the Think Pink website (this was before Facebook and other photo sharing was so prevalent). This is one of the photos posted, a view from beneath the pink-lit bridge.

It started in 2004 when Abra Marketing began donating the website and updates to breast cancer awareness non-profit Nor-Cal Think Pink. That same year the stunning Santiago Calatrava Sundial Bridge was completed on the campus of an Abra client, Turtle Bay Exploration Park. Around 2007, I noticed that many events taking place during breast cancer awareness month involved turning things – like fountains – pink.

Founded in 1997, Nor-Cal Think Pink had done an amazing job of growing the organization’s annual effort of distributing tens of thousands of bags with breast cancer prevention information – along with giveaways from community businesses – during Think Pink Day in October. The organization raised great awareness in the community which was extended through news coverage.

But, coming back to the concept of adding to this great community statement, I had the idea to light the Sundial Bridge in pink. When I approached Melody Christenson, one of the founders of Nor-Cal Think Pink about this, I was excited to find out they had already been discussing this idea. Since Abra was working with Turtle Bay, I volunteered to approach them with this concept. I was stunned when they turned it down. It was a huge disappointment to all of us rallying around the idea.

In early 2009, I was aware that leadership had changed at Turtle Bay and I asked Nor-Cal Think Pink if I could take another run at getting the Pink Sundial approved. They gave me the green light and I proceeded to contact Turtle Bay. I was informed then that I would need to go through the City of Redding and the Redding Visitor’s Bureau since they oversaw permits related to the bridge.

I reached out, determined the proper contacts, and submitted my request. But again, I was met with resistance.

In my mind, not only would this be an exciting way to support Nor-Cal Think Pink and their important message, but also a great way to shine a light on Redding.

Pink Sundial Bridge ad we did for the 2nd annual pink lighting. “Pink. It’s not just a color. It’s a reminder.” Tagline by Abra Marketing.

I hunkered down into what would become many months of letters and meetings to plead our case. The debate came to a head when there was an argument made that Redding had built a brand based on the Sundial Bridge lit in white lights. This could cause great disappointment to those who had traveled to see that and find it pink.

I countered that many brands make alter their brand to partner with a cause and mutually benefit. It actually adds to the strength of the brand to see it in a different light. Plus this unique treatment would create even more buzz about the Sundial Bridge and Redding.

The Meeting I Won’t Forget

I remember being anxious as Dr. Figueroa – another Think Pink Founder – and I drove to our final meeting at the City in my 1978 Saab 99 Turbo. We walked out with a victory having received approval, though they were clear that it would be a one-time approval and not happen again.

It was an amazing effort by scores of volunteers in the months that followed to work through the logistics of lighting the Sundial Bridge pink and plan this unprecedented event. A reward of volunteering for an organization like Nor-Cal Think Pink is to see the devotion that comes out of people for the belief in a cause.

On the night of the lighting, in addition to the awe-inspiring sight of the pink bridge, it was equally breathtaking to see how the community embraced this event. Pink had been worked into everything: outfits, someone on a bike with pink lights all over it, two people in full Star Wars stormtroopers costumes with pink ribbons on them…

After working behind the scenes for so many months, what was the most rewarding was hearing the stories of the breast cancer survivors, a number of whom had been saved by early detection thanks to Nor-Cal Think Pink. When you’re working on a project like this, you’re aware of the importance of the message. You are aware of the importance of the work you are doing to get it out there. But it really hits home when you actually see and hear from the real people affected by it.

Pink Sundial Bridge – from a One-time Event to Ongoing

That evening I ran into the City of Redding official who had initially resisted but ultimately gave us the sign-off. I wanted to add here that while I had great frustration with the resistance and how much we had to work for this early on, during the process I came to appreciate all that someone in that position has to consider and manage when it comes to a community asset like the Sundial Bridge. He was incredibly surprised and happy with the great turnout of community and said to me then, “We might want to consider this again for next year.”

The next year we went through the permit process again, but of course it went much more smoothly.

By the 3rd year, they gave us an approval for multiple years in a row.

So here we are at 10 years and I’m thrilled to have been a part of this organization and an event that has become such a positive for a community that helped Abra Marketing and my family get a great start.

Pink. It’s not just a color. It’s a reminder.