Posted at 21:08h in Marketing, Online Marketing by Abra Marketing

Can a Video be Successful without Going Viral?

When it comes to marketing videos – or any online videos for that matter – one of the questions likely on everyone’s mind is “Will it go viral?”

I have a simple point to make today and it’s this: a marketing video does not have to go viral to be a success.

The attraction of viral videos obviously is the reach – all those eyes on your video. But it’s more important to understand the quality of those eyes.

A lot of viral videos are like a car wreck – people can’t help but look. But is there really quality content there that they are connecting with? Will there be a useful relationship established? Will the view generate a result that supports marketing strategy? 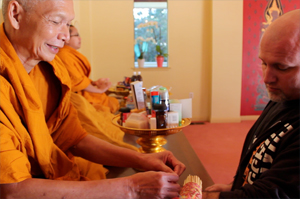 Because of the film’s audience, momentum has begun through PHAS3’s clothing line, and we’re excited to see where our marketing can take the brand from here.

Here’s an example of what I believe is a successful, non-viral marketing video.

In 2013 our marketing agency produced the Muay Thai documentary Win. Lose. Forgive. The film premiered to a packed theater in Downtown Santa Rosa and also was featured in the Wine Country Film Festival.

In October 2014, we posted the video online, making it free to the world. Win. Lose. Forgive. was produced first and foremost as a marketing tool to promote PHAS3 Martial Arts.

As I write this, Win. Lose. Forgive. is approaching 10,000 views with no paid promotion. This would hardly be considered a “viral video” but this is a very exciting success in support our marketing strategy.

PHAS3 is a Muay Thai focused martial arts school based in Santa Rosa, California. So their primary marketing objective is to attract students from the immediate geographic area. However PHAS3 is also seeking to develop a new income stream from muay thai apparel and gear based on the PHAS3 brand and culture of personal achievement.

This video is a success because it is reaching a very targeted audience – muay thai fans – on both local and national levels. Because the film features the internationally recognized Muay Thai legends Jongsanan “Woodenman” and Monlit Sitphodaeng, it is building this local martial school’s reputation in the Muay Thai community. This is creating both a credibility factor for student prospects locally and for the apparel brand nationally. We are a long way from PHAS3 being the national brand it seeks to be. But there are pockets of the Bay Area where muay thai fans believe PHAS3 is an apparel company, thanks in part to the credibility being established by Win. Lose. Forgive.

A momentum has begun through PHAS3’s distribution of shirts, hats and gear to key fighters in the Bay Area and the film. We have some exciting work to do to see where our marketing can take the brand from here.

I hope these insights help as you consider how marketing videos can help your brand, whether they go “viral” or not.

Here is the full version of Win. Lose. Forgive.

Abra Marketing is a full-service advertising/marketing agency based in Santa Rosa, Sonoma County, California. Our ad agency is focused on supporting companies and causes that make the world a better place.